Restoration of the Plantation Office and Store

Belle Grove Plantation’s Manor House, a National and Virginia Historic Landmark built in 1797 of limestone quarried on the property, is surrounded by a variety of 19th and early 20th century outbuildings. One of these is a small, limestone building at the bend in Belle Grove Road that is seen as one approaches the Manor House. It was constructed when Isaac Hite, Jr.’s plantation operation was quickly growing and his business operations were expanding.

Initially, historians estimated the building was constructed circa 1795-1810. However, during the 2016-2017 restoration of the building, dendrochronology was conduted. This involved drilling a small core of wood from beams in the basement, main level, and second level and analyzing the tree growth rings to determine when the logs were felled. It was determined that the trees used to make these beams were cut down between 1786 and 1788 and so 1788 is likely when the structure was completed.  This makes the date of this structure older than the Belle Grove Manor House and means that it is the oldest building on the Belle Grove property that exists today.

When the structure was built, Belle Grove's owner, Isaac Hite Jr., was rapidly building his business. The building's location and construction indicated that it was used as a plantation office and a store. For example, it has two entrances; the doorway to the north (right) provides access to a finely finished room with a fireplace that would have been used to receive business associates and do accounting. The doorway to the south (left) led to a large room that was more rustic in appearance, had no fireplace, and had a staircase to the attic. This side was used in the sale and storage of goods. A solid panel wall divided each side of the lower level, making it possible for money and important papers to be locked safely away in the office. In later years, this structure became a dwelling for overseers, farm managers, and families that owned and worked the nearby farms when Belle Grove was sold out of the Hite Family in 1860. Many changes were made to the building from 1860s to the 1990s and it was most recently used as a residence and as administrative offices.

In 2016, Belle Grove began a project to restore this historic structure to its original appearance so that we might show visitors how it was used as an office and store. However, we wanted to retain the building for temporary housing for researchers and guests. Therefore, a modern bathroom was improved and a kitchenette was installed and hidden in a large cabinet that is in keeping with the store function of the south room. Belle Grove consulted with historic preservation experts to retain as much of the original material in the building as possible and to repair or replace features with historically accurate finishes.

The restoration was completed in December 2017. It was a community effort that was begun with grant funds from the James L. and Mary Jane Bowman Charitable Trust and a donation of materials from Frederick Block Brick and Stone. In 2016, Belle Grove was awarded a grant from American Woodmark Foundation for the project. Major gifts from Belle Grove board member Beverley Shoemaker launched the most extensive portion of the restoration. Contributions from Belle Grove board members Suzanne Porter and Melanie Henry funded the renovation of the bathroom. These board members provided furnishing and activly participated in restoration tasks. Belle Grove staff and volunteers also put in many hours of labor on the project alongside local companies and craftspersons. A generous donation of reclaimed pine boards from Cochran's Lumber helped replace the central panel wall. Virasec contributed wireless connectivity to the building and A&S Marble and Granite donated the kitchen countertop. Thanks to Hip and Humble Interiors, Capital Tristate Electrical Distributor, E. R. Neff Excavating, Davenport Insulation. Frogale Lumber Supply, Sherwin-Williams Paints, and Rugs Direct for their donations to this project. Community groups also volunteered; in summer 2016, the Blue Ridge Environmental Studies Regional Summer Governor's School came to learn about the project and assist with the removal of inappropriate landscaping. In September 2016, a team from Lord Fairfax Community College participated in the United Way of the Northern Shenandoah Valley's Day of Caring to help us "remove the new so we can bring back the old" at the Plantation Office and Store.

Thank you to our major corporate sponsors:

HERE ARE JUST A FEW OF OUR MANY
PARTNERS ON THIS PROJECT! 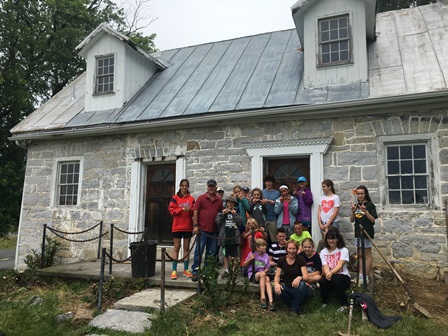 A crew from the 2016 Blue Ridge
Environmental Governor's School helped
take out brush around the house. 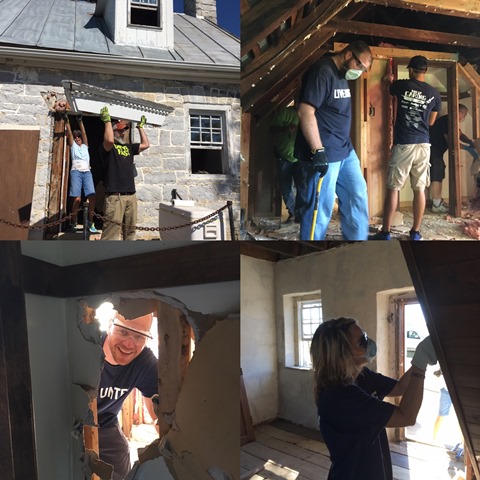 Lord Fairfax Community College's Team for the
2016 United Way Day of Caring tackled
removal of modern features of the building. 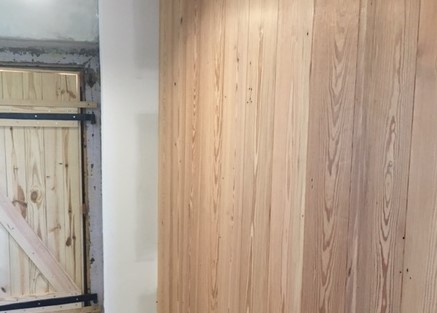 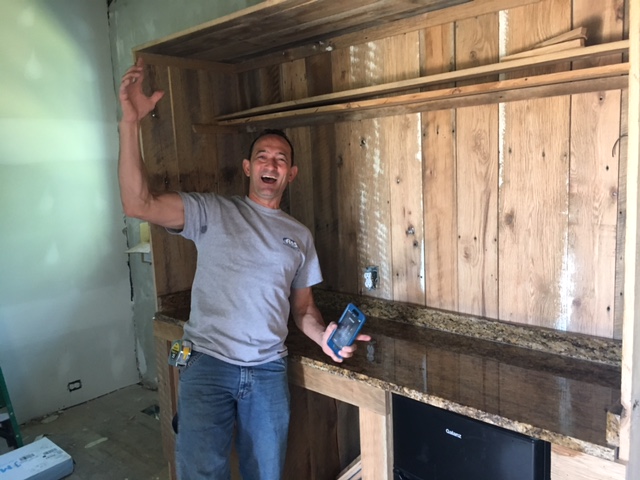 A & Marble Granite Inc.donated and installed
a granite countertop for a rustic hutch that
will conceal a new, modern kitchenette. 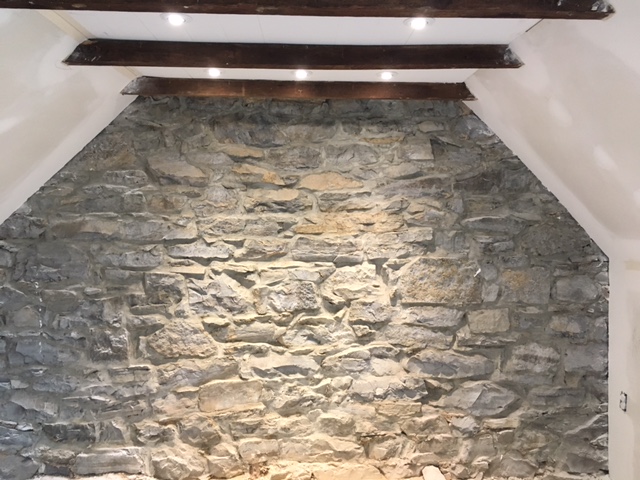 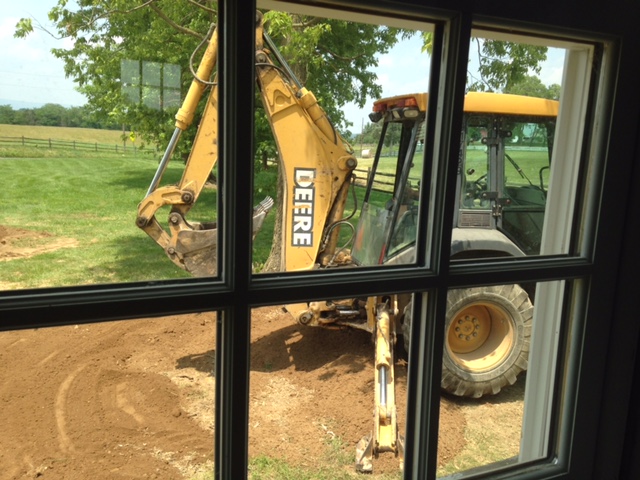